If you’re looking for a sweet, clean, romantic escape from today’s craziness, let me take you back to 1996, a trip to the Ohio State Fair included. Note the Christian content is light but shiny. Short blurb: In 1996, a boy shy loner pranks the arrogant young heir apparent to her favorite campgrounds by pretending she’s a spunky country girl, only he’s not what he seems to be either and God himself appears to be setting them up.

Crack! It’s 1996, and loner Susanna Quinn McCoy’s last pair of glasses break, interrupting her family’s peaceful RV camping trip. Only two weeks remain before her return to dodging bullies at school while she endures its chaotic noise. On top of the headaches of struggling to see, she’s roped into giving a tour of the campground to the owner’s grandson, Jordy Durant. He’s a new transplant from Chicago with an attitude and a half. To her, he represents everything she’s here to get away from.

She employs her theater training to play the role of the free-spirited, spunky country girl Sue-Ann and hits back for once in her life. Only Jordy is a former boy scout and hiding his grieving heart behind his own theater mask. Both determine to stay away from each other, but the God Jordy has abandoned keeps flinging them together to remind them who they really are as they face what they’ve become.

“Whoa!” Susanna flailed, unbalanced. The steep, downhill trail rushed up. She dove sideways and tumbled down into the wooded ravine.

At the bottom, she sat up, clutching the ground. The world spun. Her elbows and right knee smarted. She felt around her right foot’s white Reebok sneaker, checking the ankle just recently freed from a cast. Thirteen-year-old younger sisters could be so careless, when determined to win at all costs.

Cara ran up and knelt beside her. “Are you all right, Sis?”

Susanna blinked and squinted ahead at the huge fallen oak, refusing to die. Its head lay caught in the canopy above her. Its trunk stretched down at a fifteen degree angle across a creek to roots pointed skyward, leaving a huge hole behind it. Why was everything so blurry? Her hands flew to her face and she gasped. “My glasses! Cara Bethlyn McCoy!”Cara stiffened. “I didn’t do it! You’re the clumsy one, always falling.”After bullies shoved her. Susanna glared, her left hand on the pocket of her size-14 women’s carpenter jeans, below her purple tie-dyed T-shirt. At almost fifteen years old, she’d long since lost all hope of being skinny like her dad rather than plus-sized like her mom. “I didn’t clobber into myself.”“As if!” Cara laughed. “For reals, I didn’t mean to knock you down.”Susanna turned over on her knees and peered around her at the rocky dirt path, but those darn frames blended into the background. She groped for them. “Just help me find them.”

Cara started up the hill. Something crunched underneath her platform Dr. Martens. “Uh, I think I just did.”

Susanna followed her sister up the sun-speckled one-lane gravel road to their campsite. Salty sweat trickled onto her brow. She wiped it away. In the dog days of August, the woods provided no relief from the humidity.

The sisters reached the rusted 1980s swing set near the edge of their lot, in the gravel lawn before a deck and their white Nomad travel trailer. A wood bench painted red, a matching chair, and a picnic table sat out on their deck. They entered the front door, to the right of the dining booth across the head of the trailer, currently still lowered down into their unmade double bed.

Their auburn-haired mom looked up from washing the breakfast dishes and put her hand on her ample hip. “Susanna, where are your glasses?”

“They broke.” She dug in her pocket then handed over the pieces and held her breath. Even if her dad could tape the arms on and bend the frame back in shape, the scratches on the thick lenses rendered them useless. That might be a godsend—if her folks didn’t kill her. Cara better appreciate this.

Her mom shifted through the remains of Susanna’s glasses, shook her head, and dropped the deceased in the trash. “Any chance you obeyed us and kept your old pair so you’d have a spare?”

The huge Steve Urkel glasses, held together by tape? Lost, in the trash. Susanna shuddered. The penalty for her stuff getting broken or lost was the item not ever getting replaced. Surely her mom would be kind and replace the brand-new, broken glasses even though she didn’t at all deserve that.

Eyes closed, Mom took frustrated breaths to calm herself. Looking up, she said softly, “I will walk down to the payphone and call the eye doctor. You’re off the hook for now, kiddo, but be more careful. We can’t afford this.”

Susanna sighed with relief. Thank goodness her mom didn’t punish her. Bad enough she now had to endure a fuzzy world where numbers and letters vanished five inches past her nose. Procrastination was her family’s hobby, so she’d be lucky if she got new glasses before school started. She rubbed at her aching temple. This was not going to be fun.

“Nothing. We ate a late breakfast.”

“But, Mom, we’re starving!” Cara batted her eyelashes. “Pretty please? How can you deny a growing girl a meal?”

“Oh, all right.” Her mom grabbed a bill from her purse and handed it to Cara. “Here, go get something to eat.”

Cara and Susanna rushed for the door. “Thanks, Mom!”

They headed back to the shortcut through the ravine, walking this time. Susanna glanced sideways at Cara. “I can’t believe you got away with that.”

Cara beamed. “It comes with the territory.”

At the Glenshire Campgrounds Office, the sisters grabbed ice cream bars from its convenience store freezer. They took them to the register on the L-shaped front counter. Cara passed the five dollar bill to the gray-haired Phill Durant, who owned Glenshire.

He peered at Susanna. “What happened to your glasses?”

“Oh, I see.” Phill rang up the ice cream and gave them a grandfatherly smile. “Will that be everything, girls?”

Phill finished ringing up the order. He slipped a quarter into one of his fists and held out both. “Pick one.”

Why couldn’t Susanna be anywhere else?

Cara pointed at Phill’s right fist. Phill laughed, opened the empty hand, and tossed Cara her quarter before heading to the freezer. The girls moved to the side counter. Behind it, Phill pulled out what Susanna assumed was their four-inch pizzas and stuck them in the microwave.

Amy and Krystal raced out from the game room, giggling, and headed over. Both preteens wore shiny pink jelly sandals. Amy’s overalls hung from one shoulder over a florescent Lisa Frank screen-printed shirt, an outfit that did zip to relieve her pudgy, baby look. Butterfly clips held back her blonde-streaked, brown bob. Krystal’s hot pink short-shorts peeked out below her baby doll tee, and her dirty blonde hair was feathered.

Susanna sighed. In the absence of girls her age, she could either hang out by herself or tag along with the immature middle schoolers.

Amy sent the sisters a wide smile. “Hi, Cara Beth. Hi, Sue-Ann. Did you get contacts?”

“I’m not allowed contacts. My glasses are broken.”

Phill took out their pizzas and slid them across the counter. “Here you go, girls.”

“Thanks.” Cara and Susanna took their food over to the orange booth in between the game room’s entry way and the office’s main double doors.

Krystal and Amy slid onto the bench across from them. Between bites of pizza, Cara said to Amy, “I told Susanna what you said about the cute new kid. It’s her bet Jordy is a snob.”

Krystal snorted. “Please, being filthy rich and from a major city doesn’t mean he’s a snob.”

Once the sisters finished their lunch, Amy stood. “I have to find Ricky. Somebody come with me.”

Cara and Krystal slid out of the booth.

“Susanna,” Phill called, “could I talk to you a minute?”

“Not.” Susanna wrinkled her nose. “Go on ahead, I’ll catch up later.” Fat chance. She and Cara had known the brothers Nate and Ricky since Ricky and Cara were in kindergarten. But both brothers now ran with Boo’s gang. Five rowdy, noisy teenage boys, all in one place, and clearly not keen to be chased by three oblivious middle-school girls? Not adding to that crowd.

After Cara and her friends had left, Susanna joined Phill at the counter and leaned into it. “What’s up?”

Phill sighed. “I suppose you’ve heard Jordan’s on board?”

“You could say that,” Susanna said dryly. Krystal’s most outrageous tale held Phill’s son was an ex-con, which she’d clearly made up. Her more likely story claimed he was an architect turned bum. Both stories involved his rich daddy bailing him out. Evidently it never occurred to anyone Phill might like to retire some time this millennium. “Cara’s interested in your grandson, but I doubt it’ll be mutual. She heard he’s much older than us?”

Phill shook his head. “Jordy just turned sixteen last Memorial Day. I’m warned he got his license over the summer and is dying to hit the road.”

And of course he wouldn’t get special treatment and be allowed to drive in the park despite Phill’s rules against minors driving. Susanna bit her lips together to keep that bit of sarcasm to herself.

Phill cleared his throat. “Jordy’s lived around Chicago his entire life, and he’s been hiding in his guest room since he got here. So I want someone who knows the park like the back of her hand to give him the chef’s tour.”

“In other words, you want me to introduce City Boy to nature.”

“Oh no, Jordy spent seven years in the Scouts. He knows the woods.”

“Sure and I’m not a country hick.” She’d seem so, to a Chicago boy.

“Does tomorrow at noon work for you?”

“We’re not leaving until later that afternoon.”

“See you.” She turned and left out the main double doors.

Just before the gate to the permanent campers’ area, she stopped in her tracks. Did she promise Phill that she’d give his stuck-up grandson a tour of the park? Oh gosh, she did. Her cheeks warmed. If anyone found out, she’d never hear the end of it.

She glanced back at the office. Just a fuzzy, brown rectangular blur. She sighed. No, she couldn’t take it back. How could she ever get through this? What if she tripped over something? Okay, so she’d gone back up the hill and down through it again without another incident. If she could navigate that, she shouldn’t have any problems elsewhere in the park, either.

But if she went along with this and anyone saw them . . . . She shuddered but stomped around the gate and back toward the woods. It wasn’t fair. She shouldn’t have to face such humiliation. Not here.

She laid her index finger beside her right eye, passing through the space her glasses should have filled. A slow smile came over her. Maybe she didn’t have to play dead this time. Maybe, for once, she’d get the upper hand—and teach City Boy a thing or two. 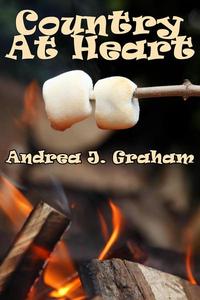 Available from these ebook stores:

Verse of the Day

“O you who love the LORD, hate evil! He preserves the lives of his saints; he delivers them from the hand of the wicked.” — Psalm 97:10

Where to Find Help

photo credit: Stuck in Customs Falling Into The Slot Canyons via photopin (license)